A Refreshing Start to the New Year

20 Mar A Refreshing Start to the New Year

Posted at 11:03h in Voice of the Project by Katlyn Straub

With a new logo launch at the end of 2017, the League Trustees continued the rebranding process in the new year to include a refreshed mission and vision statement.

A fully developed Columbia Basin Project that supports a robust regional and state economy and quality of life through efficient, well-maintained infrastructure and sustainable environmental stewardship.

To serve as the voice of the Columbia Basin Project—supporting completion and sustainable maintenance.

These updated refine the long-time position of the League as “the voice” of the Project, which in effect, equip Trustees and staff with a clear direction for mission fulfillment and in making intentional impact.

Other re-elected Board Trustees are:

Meet the new faces of the League Board:

JC Baldwin took the oath of office 2005 and has been re-elected to three consecutive six year terms. She serves as Vice Chair of the Public Works Board (appointed by Governor Gregoire in 2012) and has served as President of the Washington Public Ports Association Executive Committee and is currently on the Legislative Committee. She is past President of both the Wenatchee Valley and Cashmere Chamber of Commerce; serves as the Port of Chelan County’s representative on the Chelan Douglas Transportation Council; and is past President and an active member of Cashmere Rotary. JC has been in the technology sector most of her professional career. She is a small business owner of GTC Technical Support in Wenatchee, which has provided customized technical support to clients worldwide for the past 19 years.

Vicki Gordon serves as a Commissioner for the Port of Pasco. She also serves on the Washington State University Foundation Board as secretary and its Advisory Councils for Colleges of Business, Education and Athletics. Since 2003, she has sat on the board of the Yakima Federal Savings & Loan Association. She is a past board member of the CBC Foundation, Tridec, Lourdes Health Network, and the Washington State Community Economic Revitalization board. Vicki owns Kamiak Vineyards and Gordon Brothers Cellars, Inc. She holds her Bachelors from Washington State University.

Milt Miller manages and maintains the industrial wastewater treatment plant and farming operations for the Port of Moses Lake. He also serves as the Port’s project manager – these projects have included the Port’s current rail project, adding an entrance to Hwy 17 for property on the west side of the airfield, the Northern Columbia Basin Rail Project, water right transfer for farming operations, and many more. Milt has a Bachelor’s in geography, which emphasized urban planning, from Ohio University. He moved to Moses Lake in 2009 to work for the Port and in 2016 was promoted to his current position. 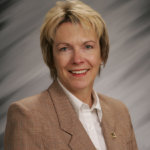 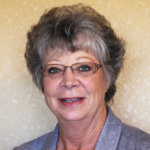