A Toast to Dave Solem: Honoring a Decade of Service Championing the Columbia Basin Project

15 Sep A Toast to Dave Solem: Honoring a Decade of Service Championing the Columbia Basin Project

Posted at 14:56h in Voice of the Project by Katlyn Straub 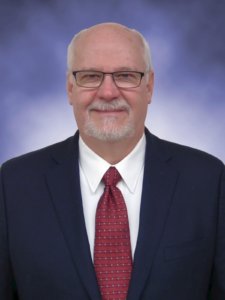 After spending the past 11 years as Secretary/Manager of the South Columbia Basin Irrigation District (SCBID) and 28 years with Klamath Irrigation District in Oregon, Dave Solem decided it was time to pass the baton and move on to new adventures. Dave shared the following in a letter to the League:

“My time at the South District has been great. First and foremost, I have enjoyed working with so many knowledgeable, dedicated people. I will miss the staff and Board members, as they have become good friends, and I want to thank them for all that they have done for me and my wife Julie. Thank you to past staff members as well, as all have contributed to the success of SCBID.

My first job at Klamath Irrigation District, after graduating from Iowa State University with a degree in Forestry, was as the district’s Assistant Engineer. As Darvin Fales, Columbia Basin Hydropower Manager, put it, “It didn’t take long for the district to figure out Solem was no engineer, so they made him the manager.” Managing in the Klamath Project was challenging, with short water supplies and 100-year-old infrastructure. In 2001, water was not available for farmers except for a small quantity in July due to ESA restrictions.

SCBID has accomplished a lot in the past 11 years. Board members Maury Balcom, Bryan Alford, JJ Danz, Dick Conrad, and Charlie Lyall have been very instrumental in moving the District forward. Some of the accomplishments are: complete electrical control and transformer upgrades at 7 major pumping plants; concrete lining in a 3300 lineal-foot section of the Potholes East Canal; Scooteney to Saddle Gap, and Eagle Lake to WB1 and WB2 powerline replacements; new watermaster office at Wahluke; new fuel tanks and pumps at Mattawa and Mesa watermaster yards; new pumping plant (PPL1.6) in the Esquatzel Diversion Canal; and new facility maintenance building in Pasco. Seizing an opportunity to meet onsite with Reclamation Deputy Commissioner Alan Mikkelsen in 2017, the District secured a commitment from Reclamation to

address a long-standing deficiency in the construction of Block 1 infrastructure. No operational
wasteway returning to the Columbia River had ever been constructed by Reclamation for that portion of the Pasco Pump Lateral serving the PPL6.2 pumping plant. This deficiency was acknowledged and worked on for over 30 years with no resolution. This work ultimately resulted in the new PPL5.8 Wasteway, constructed and paid for by Reclamation at a cost of over $7 million, thereby securing the safe operation of the Pasco Pump Lateral in the face of rapid urbanization. In addition, equipment required to maintain the canals and wasteways has undergone a systematic upgrade, resulting in a reliable fleet.
The Columbia Basin Project has a great support team with the Bureau of Reclamation, Columbia Basin Hydropower, Columbia Basin Development League, Washington State Water Resources Association, National Water Resources Association, Family Farm Alliance, farmers, and others working to keep reliable, affordable water flowing to farms. It is a team effort and I have to say I have enjoyed being around this team.

I am now moving on to spend more time with my family and friends. I like to hunt and fish, work on my house and yard, and woodworking. I have a boat and RV and look forward to using them more. I have 9 grandchildren, 6 sisters and 1000 places that I want to see. It is time to get busy, I have a long bucket list. Thanks again for a great job and the opportunity to work with great people.”
Dave left at the end of June and John O’Callaghan stepped into the leadership role in July. The League is looking forward to continue its partnership with SCBID under John’s leadership.