Aquifer falling, central Washington farmers ask: Where will the water come from? 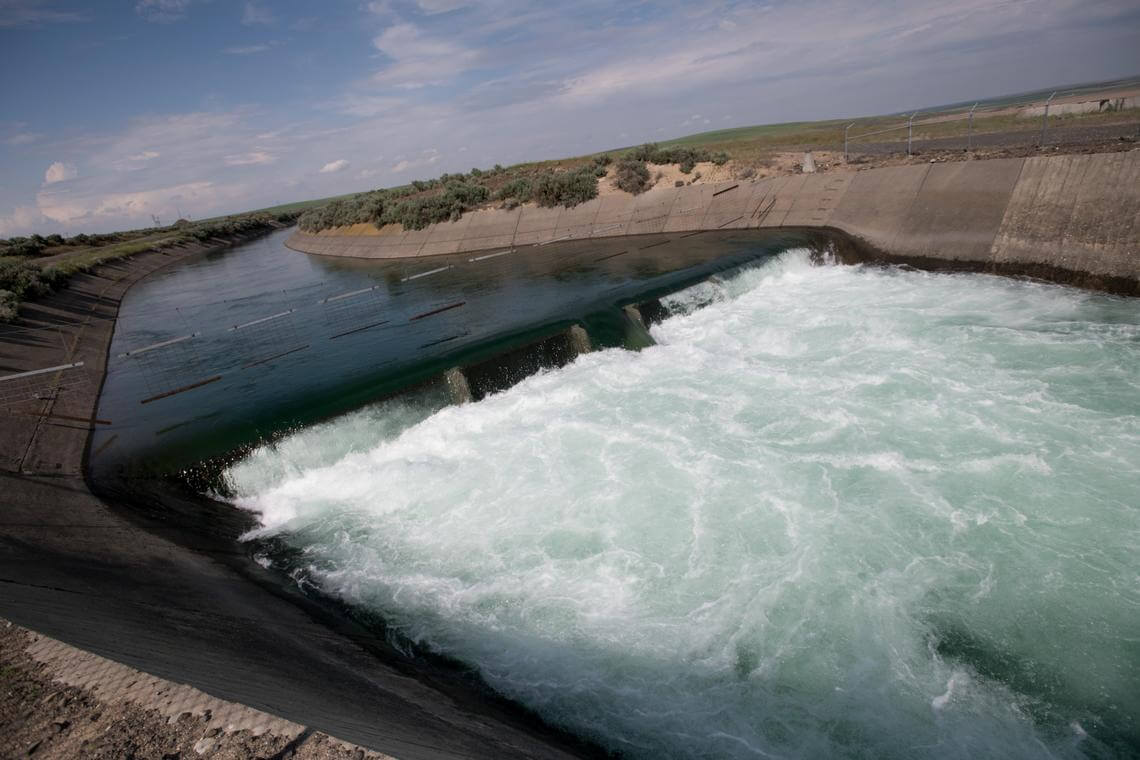 29 May Aquifer falling, central Washington farmers ask: Where will the water come from?

Posted at 13:21h in In The News by Katlyn Straub

The Columbia Basin Project was featured in a recent Spokesman-Review article written by Nick Deshais.

ODESSA, Wash. – Clark Kagele’s truck stops next to a tangle of shattered concrete and broken pipe. An old, defunct well.

For a few decades, 600 feet was deep enough. Not anymore.

On his 2,000 acres, Kagele grows wheat but also alfalfa for the herd, canola for cooking oil, timothy hay for discerning horse- and cattle-owners in Japan and South Korea, potatoes and, for the first time, sunflowers for packaged seed in the gardening store. A wide variety.

“Just diversify so we can use water different times of the year,” Kagele, 64, said from behind the wheel of his truck. “Because water is so scarce.”

It’s a refrain heard across the West and, increasingly, the world. Water is scarce. Drought is here, or coming.

For Kagele and his neighbors, the problem is with the Odessa Aquifer, the subterranean sea being mined to feed farm after farm and supply municipal water for about 20 towns in central Washington’s Columbia Basin. So much water has been taken from the aquifer that, in some areas, its water levels have dropped 10 feet per year. Now, the aquifer is close to gone, yet farmers still are farming and the aquifer still is being tapped.

A hundred feet or so down the road, Kagele has a replacement well, built in 2003, that goes much deeper, one of his five deep wells that penetrate as far as 2,500 feet below ground. They each draw about 1,000 gallons of water per minute, 24 hours a day, eight months a year – like other modern wells, Kagele said. And each well cost him about $1 million to drill and build.

As Kagele sits in his idling truck, ruminating on water and time and money, his new well pays off: On the east side of the road, a water wheel shoots its charge across a blooming constellation of yellow canola flowers. On the other side, to the west, the lack of ready water is all too clear: A fallow field sports only dirt clumps.

Kagele would like to abandon the wells and instead irrigate his farms with water drawn from the Columbia River, which is about 40 miles to the north. It’s not some crazy dream, but one that’s been around for 130 years. It’s also a reality for some of his neighbors. Drive a few minutes west and the farmers of Quincy don’t bother with wells. They feed their bountiful crops with the same water Kagele wants.

And he may soon get it. Work begun under former Gov. Chris Gregoire to irrigate this largely ignored part of the state is about to bear fruit and bring irrigated water to the farms surrounding Warden, south of Kagele’s Odessa land. Over the past four years, 47 miles of the canal have been widened to increase its capacity and, right now, 7 miles of pipe are piled up near a Hutterite farm in Warden, ready to be assembled and deliver water to 8,500 acres of farmland.

That’s just the beginning. Called the Odessa Ground Water Replacement Program, the undertaking has an urgency due to the shrinking aquifer. A mix of state and local funding will bring irrigation to another 87,000 acres. Kagele’s farm will be part of it.