Posted at 07:23h in Voice of the Project by Katlyn Straub

In May, the League received news that the Columbia Basin Project (Project) will receive $1.99 million in FY18 discretionary federal funding, with $750,000 toward the Odessa Groundwater Replacement Program (OGWRP), $650,000 toward the Potholes Supplemental Feed Route, and $590,000 for the completion of the Pasco Pump Lateral.

What does all this mean? Well, the funding helps to ensure a more stable water supply to Potholes Reservoir by fine tuning the operation of the Supplemental Feed Route. A long-standing drainage problem in South District will be resolved through the completion of the Pasco Pump Lateral project. Continued East Low Canal expansion will be boosted by Reclamation funding of project supervision and participation in pumping plant designs. Altogether, the federal funding, in addition to the state’s commitments, is a much-needed boost for key Columbia Basin Project projects.

Rep. Dan Newhouse shared, “This new investment is a positive step forward in ensuring that users who depend on the depleting Odessa Aquifer have sufficient water resources…it was overdue for the federal government to fulfill their partnership in this project…I will continue to work with the Bureau of Reclamation, stakeholders, and our state and local leaders to keep the Columbia Basin Project moving and supply much-needed water resources to support our Mid-Columbia economy.”

It has been quite some time since the League has seen federal funds directed toward OGWRP and the League is grateful for the bipartisan work the Washington Congressional Delegation, including Rep. Dan Newhouse, Rep. Cathy McMorris Rodgers, Sen. Patty Murray, and Sen. Maria Cantwell, has done. Additionally, the League’s government affairs team has been working closely with Reclamation’s Pacific Northwest Regional Director Lorri Gray, alongside our elected officials to move the needle on funding. Although more federal resources will still be needed, this federal funding allows East Columbia Basin Irrigation District to maximize remaining state funding by focusing on other critical infrastructure needs, including two more siphons and maintenance projects, within the greater Project. 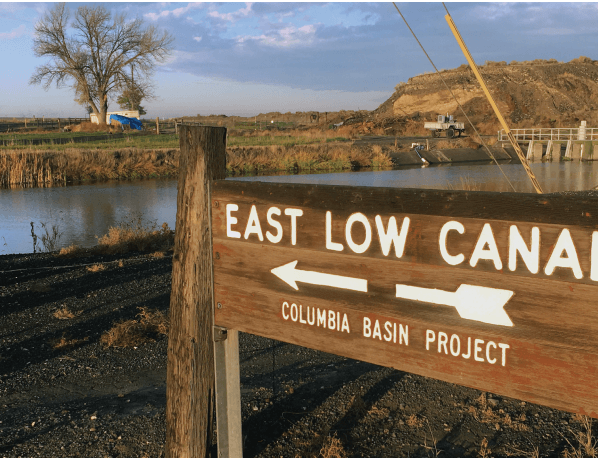