Posted at 14:39h in Voice of the Project by Katlyn Straub 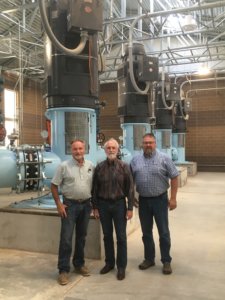 The completion of the EL 7.5 pump station marks a defining milestone not just for the Odessa Ground Water Replacement Program (OGWRP), but for the greater Columbia Basin Project. The decline of groundwater in the Odessa area is threatening the environment, local economy, and individual livelihoods in over a dozen rural communities that rely on the same water farmers currently use to irrigate crops. The goal of OGWRP is to reserve limited groundwater supplies for environmental and municipal needs by providing a reliable, long term irrigation water supply. OGWRP is an aquifer rescue mission. The first water delivery of the EL 47.5 pump station showcases the progress that can be made when federal, state, local, and individual stakeholder interests unite under a common goal. 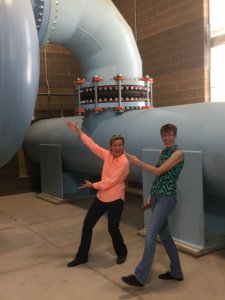 The EL 47.5 delivery system, named for the number of miles it is located from the start of East Low Canal, currently replaces 8,521 acres on deep-well pumping from the Odessa Aquifer and transitions those acres to reliable Columbia Basin Project irrigation water supply. Reducing groundwater depletion by up to 73 million gallons per day, this milestone is significant not only because it removes pressure off the declining aquifer, but it is fulfilling a federal promise for water made decades ago. State Representative Mary Dye shared: “The opening of this new pumping station is a significant milestone in our long-term efforts to supply enough water to preserve our local farms and the jobs they provide, and save nearly 30 communities that rely on the Odessa Subarea Aquifer for drinking water.” (Source: iFiberOne)